Prof. Gunter Schubert has edited a new book within the Research on Taiwan series by Routledge: 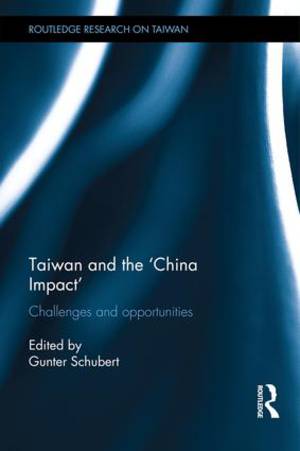 "Participation and Empowerment at the Grassroots. Chinese Village Elections in Perspective", co-authored by Anna Ahlers and released by U.S. based-publishing house Rowman & Littlefield, gives a sound acccount of the nexus between village elections and political awarness-building among in the Chinese countryside based on fieldword carried out in six villages located in Jilin and Jiangxi provinces and Shenzhen Special Economic Zone. The book also critically assesses the literature on Chinese village elections which have been made obligatory nationwide in 1998 and debated by scholars since late 1980s when they were first introduced on an experimental basis. For more information see:

Moreover, Prof. Schubert co-edited a Chinese volume on "Taishang Studies" (Taishang yanjiu / 臺商研究) that was published by Taiwan's renowned Wunan publishing-house and is the first comprehensive book on political and social issues related to the migration to and permanent settlement of Taiwanese entrepreneurs in China. It focuses on the political thinking and organization of the taishang, questions related to their (changing) identity and their integration in Chinese society, and labour relations in Taiwanese companies on the Chinese mainland. The volume is co-edited by Prof. Keng Shu (Shanghai University of Finance and Economics) and Dr. Lin-Rui-hwa (National Chengchi University, Taipei). For more information (in Chinese) see:

Prof. Gunter Schubert (University of Tuebingen) and Prof. Thomas Heberer (University of Duisburg-Essen) published a second volume presenting the findings of their joint research project on political participation and regime legitimacy in the P.R. China.

While volume I (published in October 2007) analyzes developments in Chinese cities, volume II focuses on the impact of village elections on social stability and political legitimacy in rural China.

Regime Legitimacy in Contemporary China. Institutional Change and Stability, edited by Prof. Thomas Heberer (University of Duisburg-Essen) and Prof. Gunter Schubert (University of Tuebingen) unites in-depth case studies of a wide-range of political, social and economic reforms in contemporary China by renowned German China scholars and sheds light on the significance and consequences of institutional change for stability of the political system in China.