The Stocherkahn races are the highlight of the Tübingen academic year. The race is run with the typical Tübingen punts ("Stocherkahn") that define the relaxed atmosphere on the River Neckar in summer. In late spring, over 50 boats race down and then up the Neckar and fight their way through the "Eye of the Needle" twice, watched by thousands of onlookers on the banks of the river.

The Structural Geology group has actively participated in these races since 2006. Although not the fastest, it won the costume prize four times! 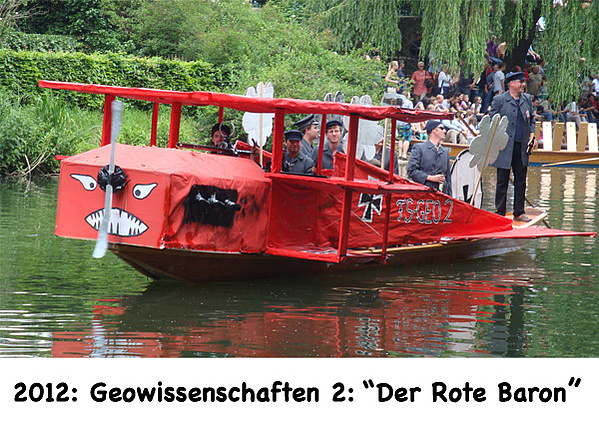