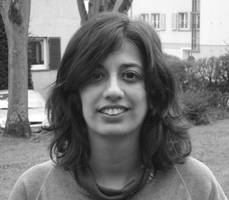 Junior Visiting Fellow at the Institut for Human Sciences in Vienna, Austria

Research Fellow at the Institute for Human Sciences in Vienna, Austria

PhD candidate and Lecturer at the Institute of Political Science of the University of Tübingen. PhD project: "Engendering Democracy in Turkey: Participation and Inclusion of Women's Civil Society Organizations under AKP Rule"

M.A. in Political Science (Middle East Studies) and Philosophy at the University of Tübingen

M.A Thesis Title: “The efforts of the new middle class for democratization in Iran: The interregnum: 1941-1953”

Gender Perspectives in the Democratization Studies

The Role of Women’s Organizations in the Process of Democratization under the Justice and Development Party in Turkey. Presentation at the Fifth European Consortium for Political Research (ECPR) General Conference, Potsdam, 10-12 September 2009

Hürcan Asli Aksoy is the recipient of "Honorable Mention" Award of the 2016 Best Dissertation Prize awarded by the "Women and Politics section" of the American Political Science Association. She is the first non-US citizen to be honoured in this section.