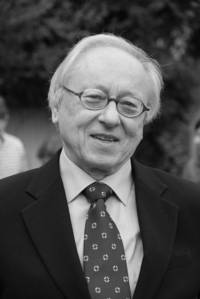 Peter Pawelka is professor emeritus of Middle East and Comparative Politics. He established the Middle East Research Unit in the mid-1980s and headed it until 2007.

Having established the Middle East Research Unit, Peter Pawelka was had great influence on the development of social science research on the MENA region in Germany and elsewhere. His conceptual works on neopatrimonialism from the 1980s and on the rentier state from the 1990s are until today essential texts on these topics.

Currently, Professor Pawelka supervises a number of select theses. While today taught by Professor Schlumberger, the format of the "Research Colloquium Middle East and Comparative Politics" (or, in its German abbreviation "FFMO"), is also one of Peter Pawelka's many contributions to the institute.

Furthermore, Peter Pawelka holds regular lecture series in Tübingen that attract a large audience. The latest ones are listed here: