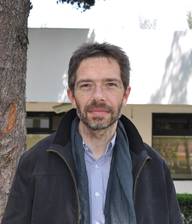 Andreas Schedler is Visiting Professor at the Institute for Political Science of the Eberhard Karls University Tübingen (February 2017 – January 2018). He earned his PhD from the University of Vienna. A resident of Mexico since 1997, he is professor of political science at the Center for Economic Teaching and Research (CIDE) in Mexico City. He has done comparative research on electoral authoritarianism, democratic transition and consolidation, anti-political-establishment parties, political accountability, and organized criminal violence. In the field of methodology, he has written on concept analysis and cross-national measurement. His most recent books are The Politics of Uncertainty: Sustaining and Subverting Electoral Authoritarianism (Oxford University Press, 2013) and In the Fog of War: Citizens and Organized Criminal Violence in Mexico (CIDE, 2015) (in Spanish). His current research focuses on the gradual subversion of democracy by illiberal governments.