Our research group for Middle East and Comparative Politics specializes in theoretically-informed and comparative political science research on non-OECD countries, especially the Middle East and North Africa (MENA). For almost 30 years, the department has conducted empirical-analytical social science research with an international focus and special emphasis on the MENA region and made substantial contributions to theory formation in this field.

Our explicit theoretical focus does not mean that we engage in ivory-tower research. To the contrary: we believe that theory which is not applicable to real-world questions has few benefits. Instead, we strive to build theories useful for answering concrete questions on issues of practical importance. Although we focus on certain themes and geographical areas, our approach allows us to work beyond single country studies and singular phenomena. What we are interested in are general patterns of political, social and economic interactions, dynamics and trends, expressed as comprehensive and comprehensible theories – which then allow us to discover the causes and effects of current political events. 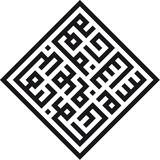 Our main areas of research and teaching are:

In the field of Comparative Research on regime types and authoritarianism, we tackle the question of how political rule functions in non-democracies – that is, in the majority of countries worldwide – and how and under which circumstances political regimes change. We are concerned with theories and concepts that are particularly relevant for the analysis of political rule in the MENA region and other regions outside North America and Europe. Our focus is on qualitative and comparative methods.

Concerning Political Economy, we pay special attention to the interrelation between the economy and politics in non-democratic states. We put special emphasis on the study of economic structures in capitalist, yet non-market economies and rentier states. Furthermore, we investigate the relations between state and economic actors as well as the impact of economic reforms on politics and society.

Our research on state-society relations focuses on the shifting roles that both state and society actors have assumed in response to economic and political changes, at the national and international levels. We analyze the impact of these processes on political regimes, the dynamics of social contestation, mobilization and social cohesion, and the institutionalization of civil society. In studying societal dynamics beyond the state we aim at analyzing and questioning the perceived boundaries between state and society.

Furthermore, the department’s teaching and policy advising cover various other topics of Comparative Politics, such as:

Here you find our educational concept.