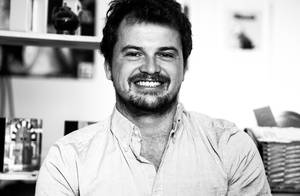 We’re pleased to welcome Marc Owen Jones who recently joined the Institute as a Teach@Tuebingen postdoctoral fellow for the summer semester. During his stay Marc will teach a course on Gulf politics. Marc has lived extensively in the Middle East, including Bahrain, Sudan, and Syria. He has an MSc in Arabic and Arab World Studies, and completed his PhD in 2016 at Durham University, where he wrote on the history of political repression in Bahrain. Marc is the editor with Ala'a Shehabi of Bahrain's Uprising: Resistance and Repression in The Gulf (published by Zed Books in 2015). As well as writing academically on numerous topics, from democratisation to policing, Marc's work has appeared in non-academic outlets such as the New Statesman, the Independent, CNN, and the Economist Intelligence Unit. Some of his work has attracted considerable media attention. In 2011, he appeared on France 24 and Al Jazeera, where he discussed how his online investigation led to the discovery of the fake journalist Liliane Khalil. Marc is also a member of the investigative and transparency NGO Bahrain Watch. In 2015, the national and international press covered his court case against the UK Foreign Office, who were refusing to release documents concerning Ian Henderson, the so-called 'Butcher of Bahrain'.

The Politics of the Persian Gulf (MA-level seminar, in English, summer term 2016)