Unseld Lecture 2018 – The neurobiology of morals

What are the neural requirements for moral principles and a moral conscience? This year’s Unseld Lecture focuses on this question. Canadian philosopher Patricia Churchland will speak on The Neurobiology of Moral Conscience on Wednesday,6 June at 8:15pm in the Audimax, Neuen Aula (Geschwister Scholl-Platz, 72074 Tübingen).

Thinking about the foundations and structure of morals is a classic job for philosophers. But in recent years, other disciplines have been having their say about the evolution of morals. Key studies have focused on the evolutionary origins of moral behavior - on the demands of coexistence and how they were met by animals and early humans living in societies.

The neurophilosopher Patricia Churchland goes one step further, asking about the meaning of chemically-driven brain activities for social behavior. If we can work out which neural processes contribute to social practices, we can learn something about how moral behavior may arise. Churchland propounds the controversial idea that proof of a neural platform for moral consciousness means that the classic philosophical reasons for moral principles need to be revised.

The second part of the Unseld Lecture 2018 takes place on Thursday, 7 June, at 8:15 pm at the Alte Aula (Münzgasse 30, 72070 Tübingen) and will be a panel discussion on Moral Values beyond Neurobiological Facts? between Patricia Churchland and science writer Dr. Stefan Klein. These events are in English. All welcome; admission is free.

Patricia Churchland will also participate in the annual International Master Class, discussing his work with 20 junior researchers from around the world on the neurobiology of moral conscience. The Unseld Lectures are sponsored by the Udo Keller Foundation Forum Humanum and Suhrkamp Verlag publishers. Further information: www.forum-scientiarum.uni-tuebingen.de/veranstaltungen/unseld-lectures.html 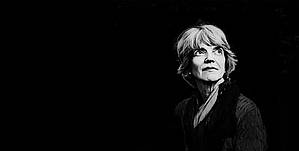 Is a Canadian-American analytical philosopher noted for her contributions to neurophilosophy and the philosophy of mind. She is Professor of Philosophy Emerita at the University of California, San Diego (UCSD), where she has taught since 1984. She has also held an adjunct professorship at the Salk Institute for Biological Studies since 1989. In 2015, she was elected a Fellow of the American Academy of Arts & Sciences. Her work earned her a MacArthur Fellowship in 1991, among other awards.

Churchland has focused on the interface between neuroscience and philosophy. According to her, philosophers are increasingly realizing that to understand the mind one must understand the brain. She is associated with a school of thought called eliminative materialism, which argues that commonsense, immediately intuitive, or "folk psychological" concepts such as thought, free will, and consciousness will likely need to be revised in a physically reductionistic way as neuroscientists discover more about the nature of brain function.

Key publications: Touching a nerve.The self as brain (2013); Braintrust.What Neuroscience Tells Us About Morality (2011); Brain-Wise: studies in neurophilosophy (2002); The Computational Brain (co-authored with Terrence Sejnowski 1993).

Is a doctor of Biophysics who has worked as a science editor for Spiegel and Geo magazines. He has been working freelance since 2000 and has written a number of bestsellers; his work has been translated into 27 languages. He is a visiting professor at the Berlin’s University of the Arts. Selected publications: Survival of the Nicest, 2014; The Science of Happiness, 2006; Time: A User's Guide, 2008

Founded in 1477, one of Germany’s leading universities in the life sciences as well as in the humanities and social sciences.

A University organization for the promotion of dialogue between the disciplines.

The Foundation serves to remind us of the importance of the intellectual and spiritual legacy of world cultures in these times in which decisions are increasingly made in terms of technology and economy.

The Suhrkamp publishing house was founded in 1950 by Peter Suhrkamp. It incorporates Insel Verlag, the Deutsche Klassiker Verlag, the Jüdischer Verlag and the Verlag der Weltreligionen, with Edition Unseld launched in 2008.